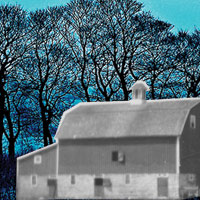 She has taught self-defense to teenage girls and creative writing to prison paroles and at San Francisco State University. She was born in Louisville, Kentucky.